Is the end of a productive era coming for Liberty Professionals?

Mother luck seems to have deserted Dansoman based Ghana club, Liberty Professionals in the 2020/21 Ghana Premier League. The Scinetific Soccer Lads, as they are affectionately known, have struggled to grind results this season following a jerky start. Liberty, noted for producing quality players in the past years, are this term not finding their feet with poor results to show for in the ongoing season. The fear factor associated with their fortress, the Carl Reindorf Park in Dansoman looks like dead if not vanished into thin air. Their problems were compounded when the Ghana Football Association’s Club Licensing Board stripped their venue of the right to host premier league games because it did not meet the required standards. Liberty had to look elsewhere for solace which led to them adopting the Sogakope Park in the Volta Region. The Sogakope Park has not proved that bad of a venue as they have managed to collect some points on the road.

One big name player who readily comes into mind is former Black Stars midfielder, Michael Essien. “Le Bissong” as Essien is known, played for French club, Bastia after signing from Liberty Professionals. After four seasons at Bastia, he signed for Ligue 1 club, Lyon where he won the Ligue 1 to show his real football character. After a sterling performance, English premier league side, Chelsea snapped him up for £ 24.4 million pounds becoming the then most expensive African footballer ahead of someone who will become his team mate at Chelsea, ex-Ivorian international, Didier Drogba. Essien helped Chelsea to win two premier league titles and a UEFA Champions League trophy in 2012. Fellow Ghanaian, Sulley Muntari has won the UEFA Champions League and the Italian Serie A. During his time with Italian giant, Internazionale, he helped the team win the Champions League in 2009–10 and the Serie A title in 2008–09 and 2009–10 seasons. Muntari even won the England FA Cup in 2008 when he signed for Portsmouth in 2007 before returning to Italy with Inter. Another Liberty Professionals player to have graced the Italian Serie A is left winger, Kwadwo Asamoah. He won six consecutive league titles [Scudetto] with the “old ladies” of Italian Soccer, Juventus. He is a winner of four successive Coppa Italia with Juve and equally has a runner-up UEFA EUROPA LEAGUE medal with Juventus in 2019-20.

Ghana’s all time top scorer, Asamoah Gyan will probably paint a bigger picture about Liberty Professionals as he doubles as Africa’s all time top scorer at the FIFA World Cup, eclipsing the previous record with 6 goals. The Baby Jet has represented GHANA at three FIFA World Cups; 2006 in Germany, 2010 in South Africa and the 2014 in Brazil. He has represented GHANA at seven Africa Cup Nations in 2008, 2010, 2012, 2013, 2015, 2017 and the 2019 edition.

We cannot mention Liberty Professionals without members of the 2009 FIFA U-20 World Cup winning squad in Egypt. Goalkeeper Daniel Agyei who saved two penalty kicks against Brazil in the finals to ensure Ghana won the trophy, midfielder, Rabiu Mohammed, winger, Latif Salifu, and defender, Ghandhi Kassenu. Daniel Agyei, Rabiu Mohammed and the top stars mentioned above all went on to play for the Black Stars at a point in their career.

Aside from these players mentioned above, there are equally good ones who passed through the mill at Liberty Professionals and went on to don the national team jersey. Just to mention a few, John Paintsil, Emmanuel Addoquaye Pappoe, Jonathan Quartey, Anthony Obodai, and Samuel Sarfo who was a police Corporal before leaving for professional football abroad are all products of Liberty Professionals.

Is it not sad that, the club that has produced quality players for the various national teams is now suffering in the 2020/21 Ghana Premier League? The club’s woes were deepened by AshantiGold in match day 30 at their adopted Sogakope Park on Thursday, when they succumbed to a 5-1 defeat to further plunge them into relegation battle. Prior to suffering that humiliation against AshantiGold, they had lost 2-0 to Aduana Stars in match day 29 after beating WAFA 3-2 in week 28 at Sogakope. It has been a roller-coaster show for a club which picked 6 points from their first five league games of the season. They drew first three matches, lost one and won just one. 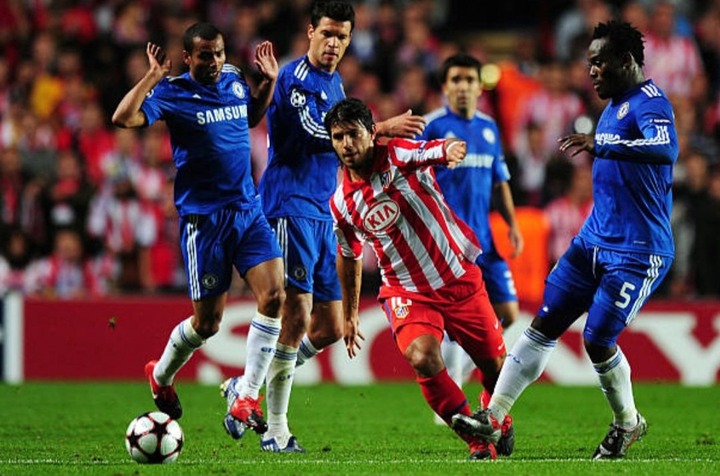 Liberty Professionals currently lie 17th on the 30 week old Ghana Premier League table with 32 points. They are just a place above Inter Allies at the bottom with 26 points. The good news may however be that, 15th and 16th place teams, Eleven Wonders and King Faisal are just a point above them on 33 apiece and if those clubs drop points in week 31 and Liberty Professionals manage a win, they will climb out of the relegation zone. If the picture however remains the same, then Liberty will be playing Division One, Zone III Football next season. The question however is, with these struggles for points, will Liberty escape relegation? And if they don’t escape, will it be the end of a bright era for the folks in Dansoman and beyond? Until the last four Ghana premier league games are cleared, let’s keep waiting.

Augustine Okrah: I need another chance to punish Hearts of Oak