Goals are important to football clubs globally, especially those which are result oriented and want glory every season. Clubs need clinical strikers, intelligent attacking midfielders, hungry defenders and sometimes ambitious goalkeepers, to bag in the goals to keep afloat. Ghana’s Asante Kotoko are no exception to the rule of clubs needing goal scoring strikers to succeed in the domestic league.

The Porcupine Warriors have however taken some decisions in recent times which some club legends describe as a huge mistake. The record Ghana Premier League holders have let go some strikers who could have helped them immensely in the 2020/21 Ghana Premier League season. The 1973 Africa Champions are gunning for their first Ghana Premier League title since the 2013/14 season, but are struggling to score goals. 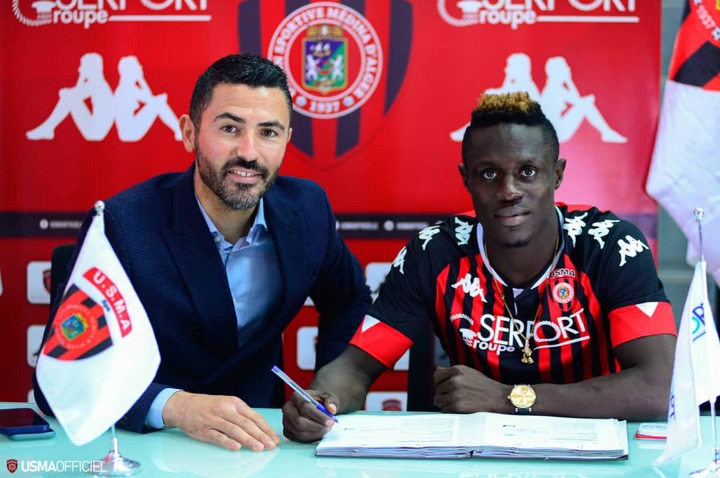 Kotoko, which last won a continental trophy in 1983, dispensed with the service of bulky striker, William Opoku Mensah who later joined strugglers, Liberty Professionals briefly. The 25-year-old’s stay at the Dansoman based club was cut short by a move to Rwandan outfit, Mukura FC for the 2020/21 season. Opoku Mensah has not disappointed after joining the side mid-way into the season. The former Asante Kotoko goal poacher bagged 5 goals with 3 assists in 9 appearances for Mukura Victory Sport FC in his first season. William Opoku-Mensah scored a hat-trick on the final day of the Rwandan top-flight league for Mukura Victory Sports FC against AS Muhanga.He joined the Rwandan club from Ghana Premier League side Liberty Professionals for an undisclosed fee.

One of the biggest mistakes Kotoko made this season was allowing their top most striker, Kwame Poku leave the club when the Ghana premier league season has not ended. Opoku joined Algeria club, USM Alger earlier this year in a 4-year deal from the Porcupine Warriors. The ebony black striker has hit the ground running in the Algerian top flight. Kwame Poku scored the opener for USM Alger on Thursday night when they hammered Bordj Bou Arreridj 3-1 in the Algerian Ligue 1. The 22-year-old has so far scored two goals for USM Alger after netting his first in May against rivals, MC Alger.

Prior to leaving Ghana for Algeria, he had scored nine goals in 20 games for Asante Kotoko. His performance earned him a Black Stars call up in Ghana’s last two 2021 AFCON qualifiers against South Africa and São Tomé in South Africa and Ghana respectively. He made his Black Stars debut against the Bafana Bafana at the FNB Stadium in Johannesburg, South Africa which ended 1-1 to cement Ghana’s AFCON qualification. Fact remains that, the 23 times Ghana Champions have really lost gems in William Opoku Mensah and Kwame Poku. Imagine these players with Kotoko banging in the goals, the Ghana premier league title chase would be a different picture by now. Kotoko have lost but Mukura FC and USM Alger have gained.