FEATURE: Asante Kotoko are yet to recover from the Hearts of Oak defeat – Mariano Baretto

Asante Kotoko’s quest to narrow the points gap between them and Hearts of Oak was given a jolt when their regional rivals, King Faisal gave them a hell of time at the Len Clay Stadium in the 2020/21 Ghana Premier League. The Porcupine Warriors rallied from a goal down to draw 1-1 in match day 32. King Faisal shocked the home side when they took the lead with just 15 minutes of first half played. Zubairu Ibrahim stunned Kotoko by putting the league strugglers into the lead. Kotoko however left it very late in the game to pull parity. After coach Mariano Baretto rang some changes, striker, Andy Kumi joined the fray and later found the equalizer on the 84th minute mark of the game.

The result as at Saturday, put Kotoko behind leaders, Hearts of Oak by two points on 57 for Kotoko and 59 for Hearts of Oak. However, prior to sharing the spoils with King Faisal on Saturday, July 3, the Porcupine Warriors had lost 1-0 to Hearts of Oak at the Accra Sports Stadium on June 27. The week 31 clash was what many said was going to determine the title winner. Fans of Kotoko at large were shocked by the defeat after Daniel Afriyie Barnieh’s strike likewise Kotoko coach, Mariano Baretto. The Portuguese trainer admitted that most of his players did not recover from the shock of the defeat to Hearts of Oak going into their match against King Faisal. “After the match we have to recognize that we didn’t recover. “So we felt very hard the game we lost against Hearts of Oak and some of the players today were so much affected for that and we didn’t play well, we have to recognize it.” Baretto said.

Kotoko were hoping that their rivals, Accra Hearts of Oak would falter against Dwarfs at the Cape Coast Stadium Stadium in their week 32 fixture. They were given a glimmer of hope when Dwarfs took the lead from Dennis Korsah’s free kick on the 76th minute. Dwarfs held on to the slim lead up to the 90th minute mark. There was four minutes of added time and Hearts of Oak will send shock waves down the spine of Kotoko when Kojo OBENG Junior scored in added time to end the game at 1-1. Hearts of Oak courtesy the 1-1 draw maintain their three points lead off Kotoko on the summit of the table but will increase their points to 60 in first position with Kotoko in second on 57 points after 32 matches.

With two games to end the 2020/21 Ghana Premier League season, it looks very tricky for both Kotoko and Hearts of Oak as far as the title chase is concerned. Hearts of Oak need one win to be crowned champions no matter what happens to Kotoko in their next game. However if Hearts of Oak falter and Kotoko win their next game, both teams will come up to same points which will send the final games to the wires. If Kotoko lose to Bechem United in week 33 and Hearts of Oak draw to Liberty, the Phobians will be crowned champions by a better head to head rule over Kotoko. 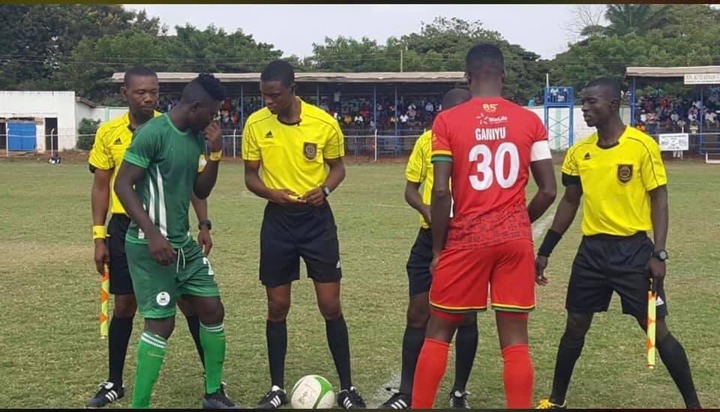 Hearts are 20 time Ghana Premier League champions but have missed out on the league title for 12-years. Their last title was in the 2009 season and will want to change the narrative this term. Asante Kotoko on the other hand last won their premier league trophy in the 2012-13 league season and will equally want to get hold of the title for the first time in eight years as they are the record title holders with 23 trophies. The race for the league title has become extreme tricky for both Hearts Kotoko with two games to end the season.

Dede Ayew: A lot rest on my shoulders to win a trophy for Ghana