The first game of Group D of the 2021 AFCON between Nigeria and Egypt started quite on ordinary note. 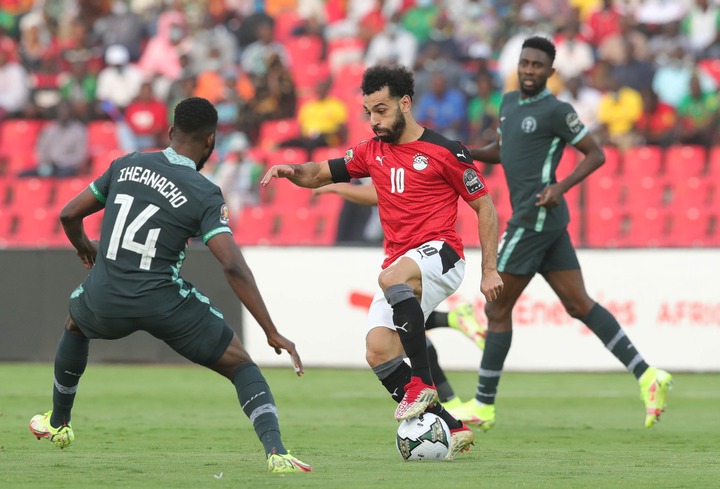 Both sides failed to really come to the party regarding goal scoring chances but Nigeria came close to netting the opener on the 26 minute when Moses Simon’s shot that hit the side netting. Nigeria took advantage of the spaces allowed by Egypt to open their goal account with Leicester City forward, Kelechi Iheanacho on the 31st minute. The Super Eagles were energized by the opener and began mounting some pressure on the Pharos. Coach Carlos Queiroz’s side with Mohammed Sallah and ElNeny were smothered by Augustine Eguavon’s men both in midfield and attack. 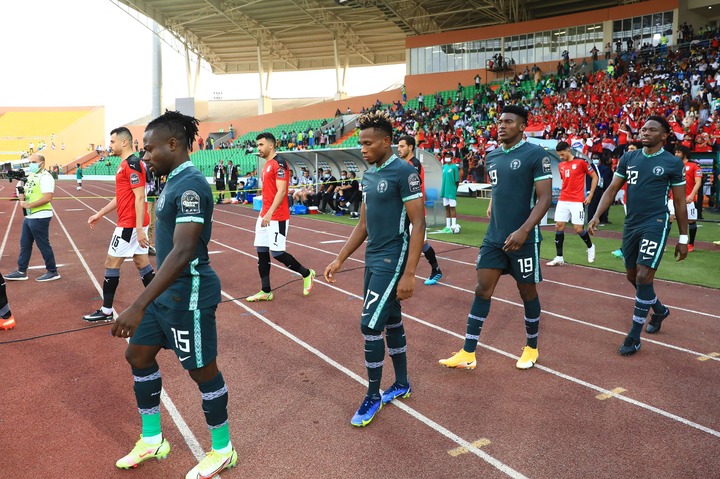 Nigeria came close to scoring on the 39th minute when Kelechi Iheanacho located Taiwo Awoniyi but Mohammed El Shenawi saved the situation for Egypt. The Super Eagles ran the rule in the first half of the game with referee, Papa Bakary Gassama adding three minutes. He sounded the whistle for the end of the first half with the Super Eagles leading by a slim 1-0 margin. Nigeria returned for the second half more energized with Samuel Chukwueze and Moses Simon threatening Egypt on the flanks with their quick runs. Nigeria nearly made the score 2-0 but Taiwo Awoniyi’s header hit Egypt’s post on the 49th minute. 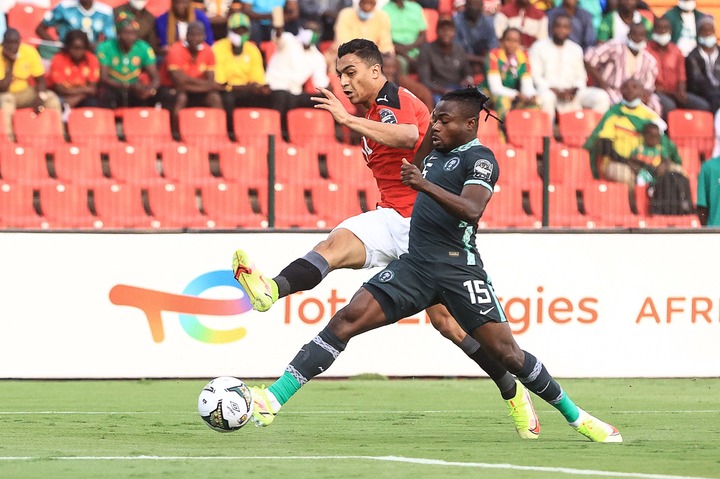 Nigeria will be left off the hook by Egypt on the 58th minute and will quickly turn defence into attack but Kelechi Iheanacho will hit wide. Mohammed Sallah came close to scoring for Egypt but that opportunity is fluffed on the 66th minute. Mohammed Sallah was set up on the 71st minute but his strike will be saved by Nigeria goalkeeper, Maduka Okoye. Nigeria came close with substitute, Umar Sadiq but his effort was fisted by Mohammed El Shenawi which was later cleared by the Egyptian defence with 78 minutes played. Referee Papa Bakari Gassama whistled for the end of the game with Nigeria winning their first game at the AFCON.