Mali stretched the defence of Tunisia in the first six minutes of their first Group F game of the 2021 AFCON at the Limbe Stadium in Cameroon on Wednesday. 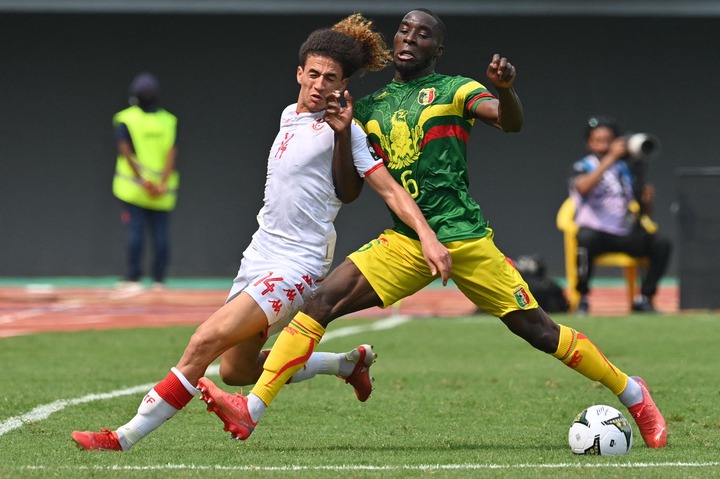 The Malians, fielding a strong side that comprised Diadie Samassekou, Mousa Djenepo and Cheikhou Kouyate, were at their better selves in the opening half. Mali head coach, Mohamed Magassouba excluded Brighton and Holve Albion midfielder, Yves Bissouma but a central pair of Diadie Samassekou and Amadou Haidara held their guns high. Tunisia on the other hand led by coach Mondher Kebaier pitted the likes of Wahbi Kazri, Hanibal Mejbri, Hamza Mathlouthi and Ali Mâaloul against the Malians. Mali came close to scoring but Ibrahima Kone was not able to connect Moussa Djenepo’s cross on the 38th minute. For the second time, Mali’s left back, Masadio Haidara cracked a 20-yard shot at goal but missed narrowly with five minutes to the first half break. 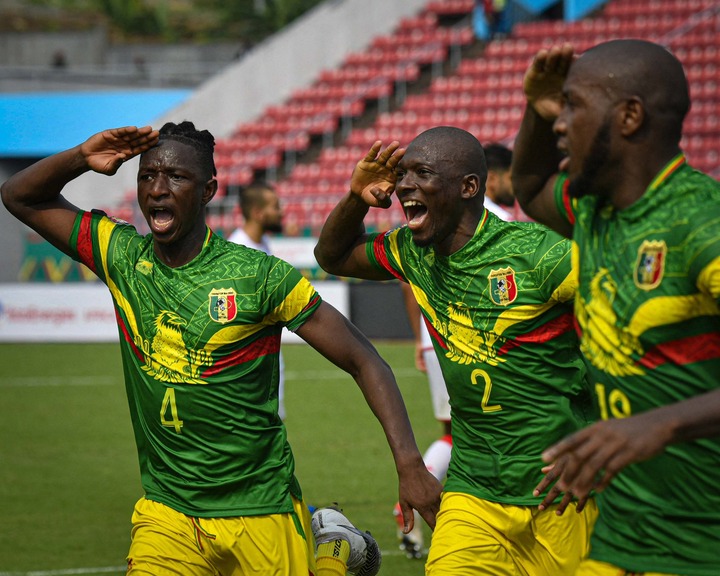 Zambian referee, Janny Sikazwe brought the first half to an end with with no goals from both side but with Mali enjoying much of the ball possession. Mali were awarded a penalty after Ellyes Skhiri handled their ball on the 46th which was converted by Ibrahima Kone after sending the Tunisia goalkeeper, Bechir Ben Said the wrong way. Mali, bouyed by the opener came close on the 49th minute but a combination of goalkeeper Bechir Ben Said and defender, Montassar Talbi halted Ibrahima Kone’s search for the second goal. Tunisia could have equalized on the 55th minute but Wahbi Kazri’s free kick was punched into corner by Mali goalkeeper, Ibrahim Mounkoro. Mali were dealt a blow when Adama Traore was stretchered off injured with his place taken by Brighton midfield, Yves Bissouma on the 58th minute. 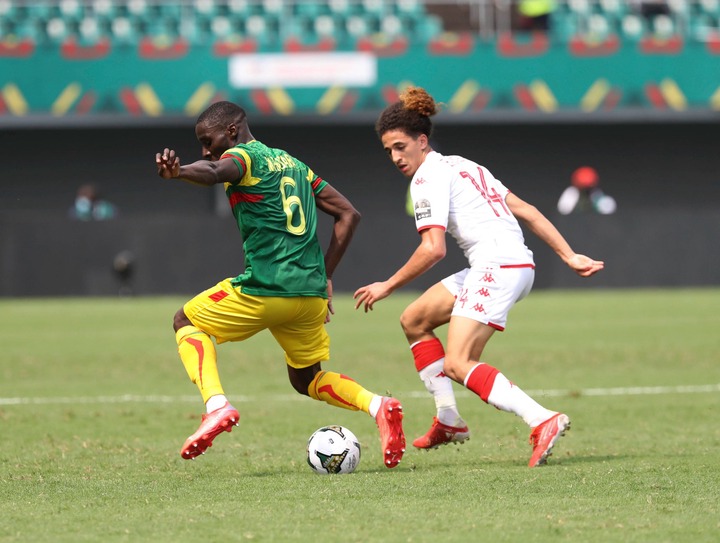 Dylan Bronn came in with a shot for Tunisia on the 64th minute when he was let loose by the Malian midfield but goalkeeper, Ibrahim Mounkoro palmed the strike into corner with the resultant kick wasted. On the 73rd minute Tunisia called for a penalty after Mali’s Djenepo was adjudged to have handled Wahbi Kazri’s strike. VAR was consulted with Zambian referee awarding Tunisia a penalty kick. Wahbi Kazri struck and Malian goalkeeper, Ibrahim Mounkoro parried for a Tunisia corner kick on the 75th minute to keep the game at 1-0 for Mali. Mali were dealt a huge blow when El Bilal Toure was shown the red card for what seemed a slight tackle on Dylan Bronn. The red card had to go into VAR consultation which stood for Mali to be reduced to ten men on the 87th minuet.

Zambian referee, Janny Sikazwe attracted the world’s attention when he ended the game twice before time. The first on the 85th minute and the second on the 89th minute but the second stood much to the anger of the Tunisians.

The players had to return to the pitch to play the remaining five minutes arreas. That notwithstanding, Mali came onto the field but the Tunisians failed to return with the game standing 1-0 in favor of Mali.