Nigeria shot themselves into the lead as early as the 3rd minute against Sudan at the Roumde Adjia Stadium on Saturday. 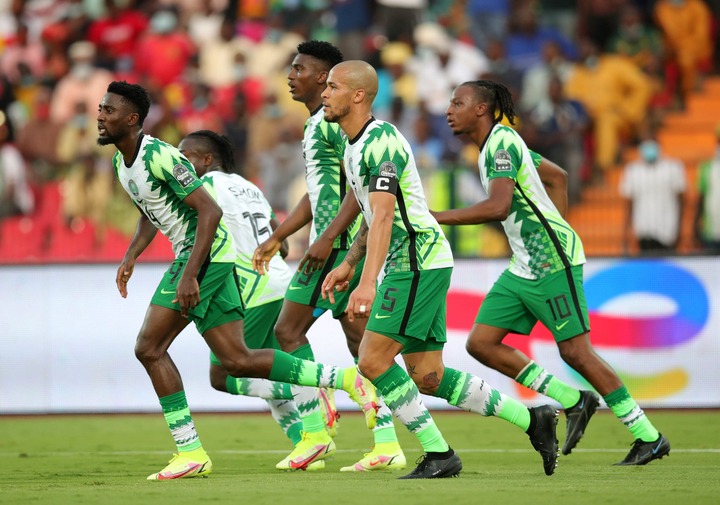 The Super Eagles started the second Group D game with great pace with Samuel Chukwueze finding the net inside the box. The Villarreal winger was set up by Moses Simon who controlled well in the penalty area for a cool sweep in. Sudan made a quick response on the 7th minute but William Troost-Ekong cleared his line for Sudan corner kick. Sudan threatened the Super Eagles penalty area a bit but could not make much of the insurgence with Yasin Hamed missing a header on the 24th minute. Nigeria came up with a fine attack when Kelechi Iheanacho set up Taiwo Awoniyi with a through pass but his shot was blocked for a corner kick which was eventually saved by Sudan goalkeeper, Ali Abu-Eshrein on the 26th minute. 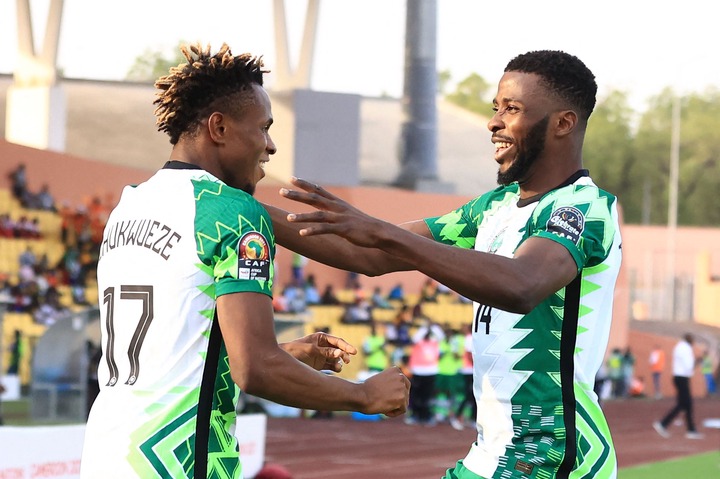 The Super Eagles could have gone up by 2-0 but a double opportunity by Taiwo Awoni were cleared by Sudan on the 37th minute to still keep Nigeria 1-0 up. Nigeria came close once again with Taiwo Awoniyi unselfishly setting up Joseph Aribo in the penalty area but the Rangers midfielder’s final touch went a fraction wide off the upright on the 40th minute. A perfect free kick was sent in by Kelechi Iheanacho on the stroke of half time with Troost-Ekong’s first header reaching Taiwo Awoniyi’s forehead for the Super Eagles’s second goal. South African referee Victor Gomes after three minutes of added time whistled for the end of the first half in Garoua. 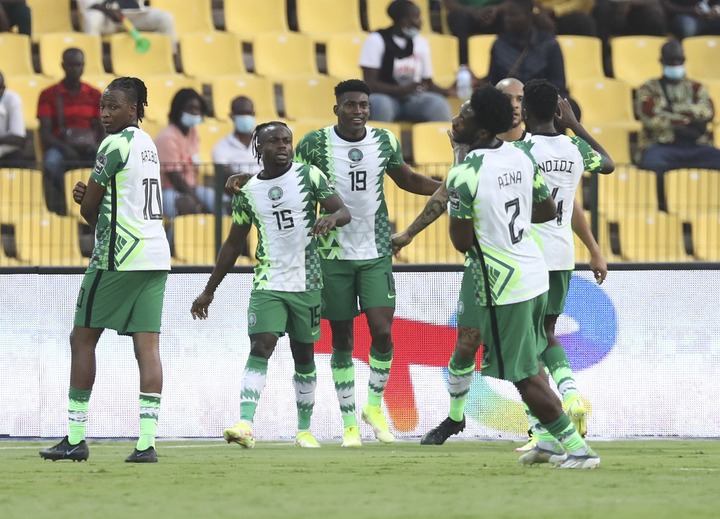 Nigeria needed just 35 seconds to add a third goal in the second half to make it 3-0. Moses Simon made the job easy after knocking a third for the Super Eagles. Taiwo Awoni nearly grabbed his second goal on the 51st minute but his effort was cleared into corner kick by the Sudanese. Sudan pulled a goal back courtesy Walieldine Khidir from the penalty spot on the 77th minute to peg the game at 3-1. Victor Gomes whistled for the end of the entire game with the Super Eagles of Nigeria qualifying for the round 16 after two wins. They defeated Egypt 1-0 in the opening game of Group D at the 2021 AFCON in Cameroon.