To hit the ground running at a Premier League club after joining from a second tier side, normally takes a bit of time but Samuel Osei Kuffour has done it with finesse. 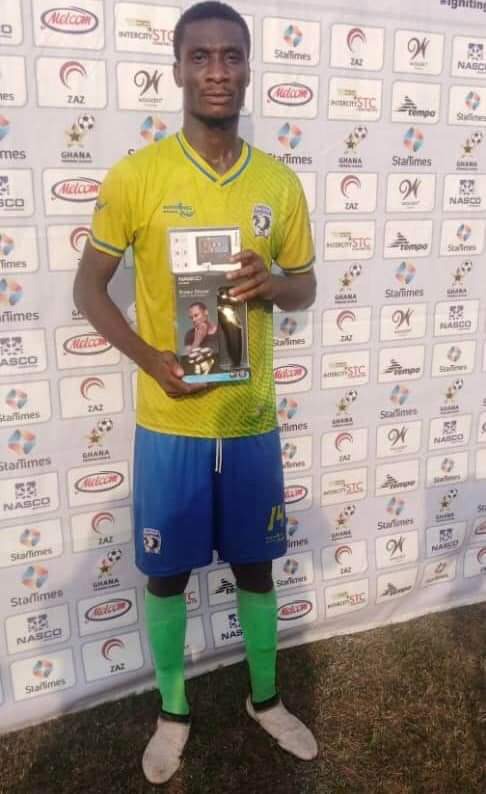 The 19-year-old central defender has become a key cog of Ghana premier league club, Bechem United in the 2021/22 season.

He grabbed the headlines for the wrong reason after stamping Asante Kotoko’s Cameroon striker, Franck Mbella in an off the ball incident in their week 19 goalless draw at the Nana Fosu Gyeabour Park on Tuesday.

Osei-Kuffour, who joined the Hunters from lower tier club, Young Vipers on a 3-year deal last season, has revealed the secret to his blistering form this term. 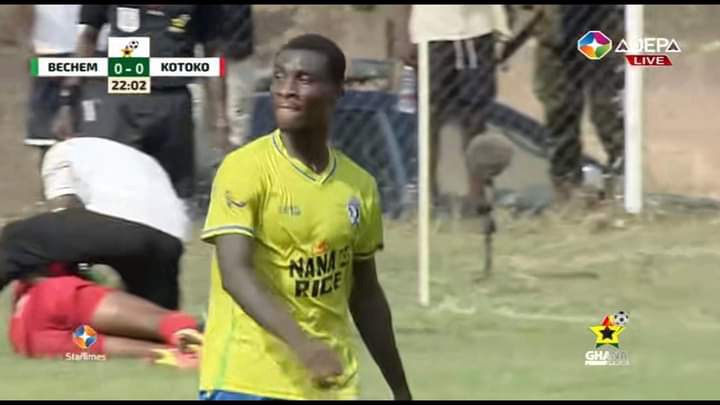 “The secret is hardwork and my coaches have helped me a lot. “Every time my coach [Kasim Mingle] talks to me.

“If you will realize, he shouts at me anytime I’m on the pitch. “My coach coupled with hardwork have helped me a lot.” Samuel Osei Kuffuor said a post match press conference. 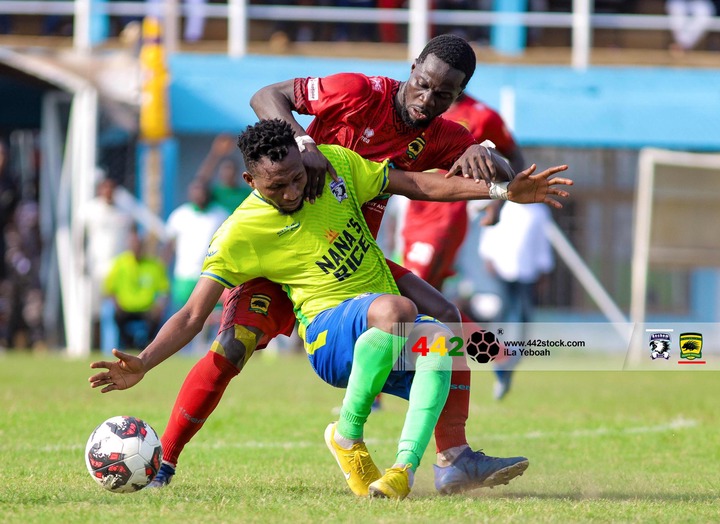 The hard tackling centre back put the brakes on Kotoko’s duo, Franck Mbella and Georges Mfegue which earned him the MVP of the game.

Bechem United are fourth on the league table with 31 points – ten points behind leaders, Asante Kotoko.