Ex-Nigeria midfielder, Emeka Ezeugo has blamed former internationals for the decline in the country’s football. 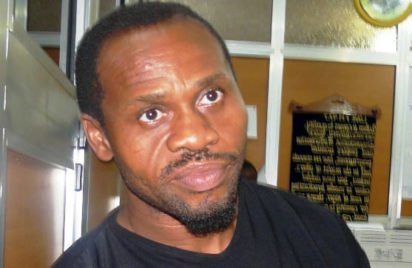 The 56-year-old’s comments come following the Super Eagles failure to qualify for the 2022 FIFA World Cup after their 1-1 second second leg draw against Ghana at the Moshood Abiola Stadium on Tuesday.

Thomas Partey’s 11th minute strike outside the box was enough to sink the Super Eagles despite captain, William Troost-Ekong’s 22nd minute equalizer from the penalty spot. 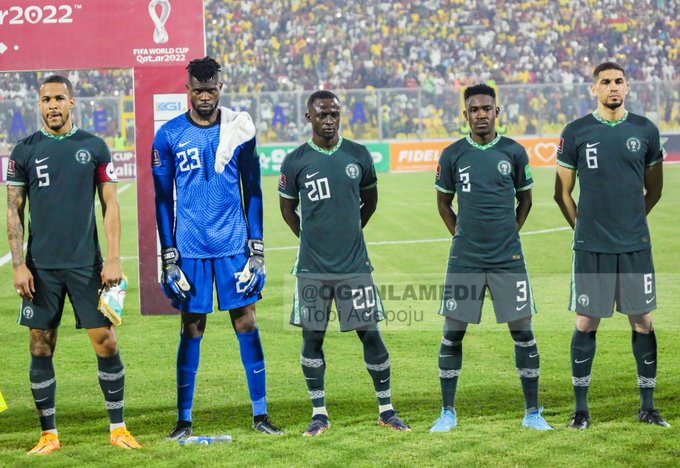 Ezeugo, who once played for India club, East Bengal, believes ex-players like Austin “Jay-Jay” Okocha, Mutiu Adepoju, Victor Ikpeba, Augustine Eguavoen, Kanu Nwankwo and Emmanuel Amuneke among others are partly to blame for the current state of Nigeria’s poor structure.

He made the comments on Nigeria’s number sports Radio Station, Brila fm. 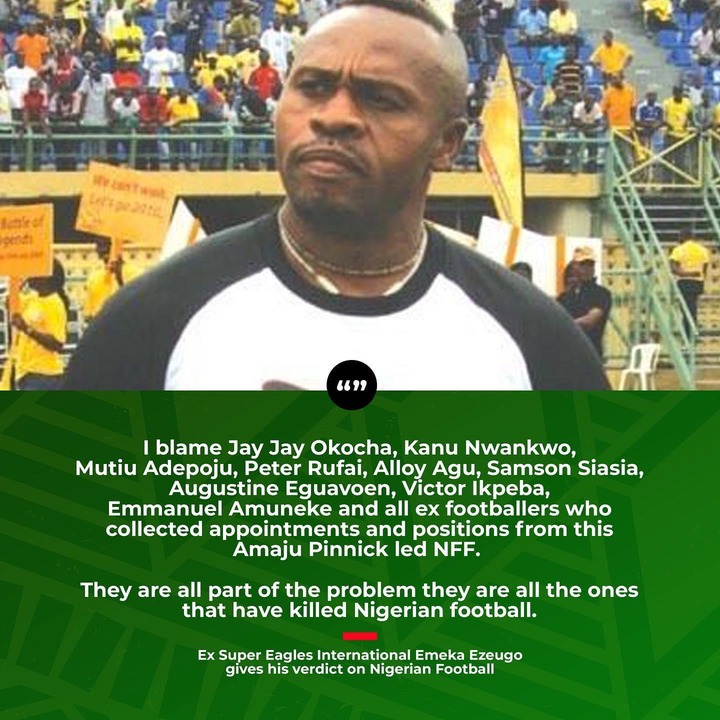 The Super Eagles’s quest to qualify for their fourth straight FIFA World Cup hit a snag as a result of the 1-1 draw against arch rivals, Ghana.

The first leg ended goalless at the Baba Yara Stadium Stadium on Friday, March 25. Ghana return to the FIFA World Cup after missing out on the 2018 edition in Russia. 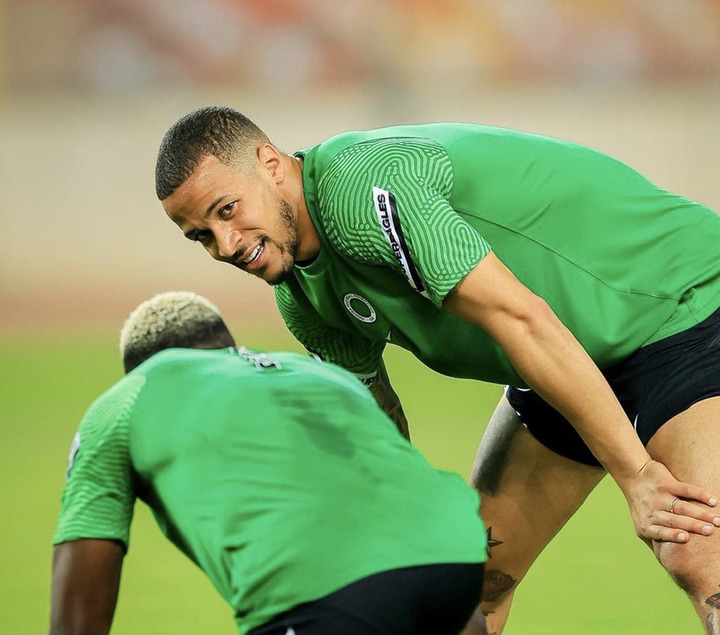 The Black Stars now have four appearances under their belt after the 2006, 2010 and the 2014 editions in Germany, South Africa and Brazil.