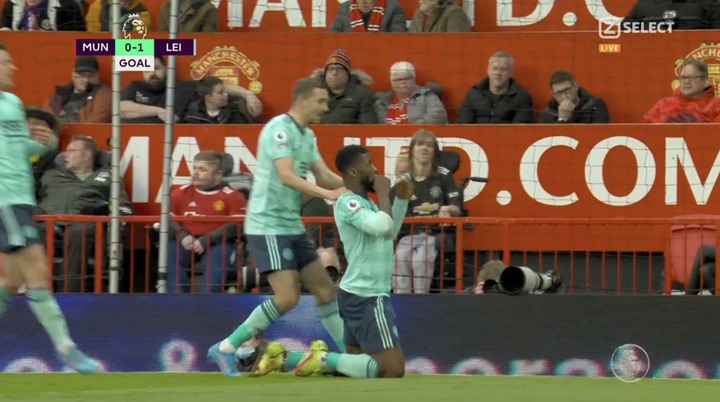 The Foxes pulled a shocker in front of a packed crowed in a week 30 game.

“Senior Kels” as the 25-year-old Super Eagles forward is affectionately known, fired Leicester City into the lead against Manchester United at the 63rd minute.

Three minutes into the opener, Brazilian midfielder, Fred drew level for the Red Devils much to the relief of manager, Ralf Rangnick. 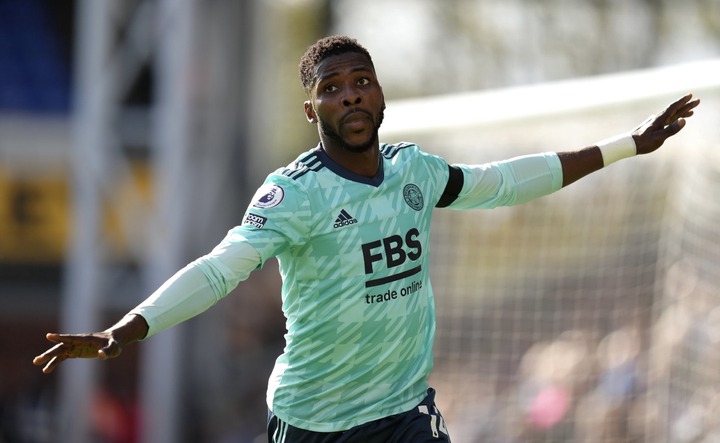 Leicester City doubled the lead through James Maddison on the 80th minute but a VAR check revealed a previous foul committed.

The goal is Kelechi Iheanacho’s 3rd in 20 games with five assists in the 2021/22 English Premier League season.

The draw however makes it five points in last four premier league games for Manchester United. 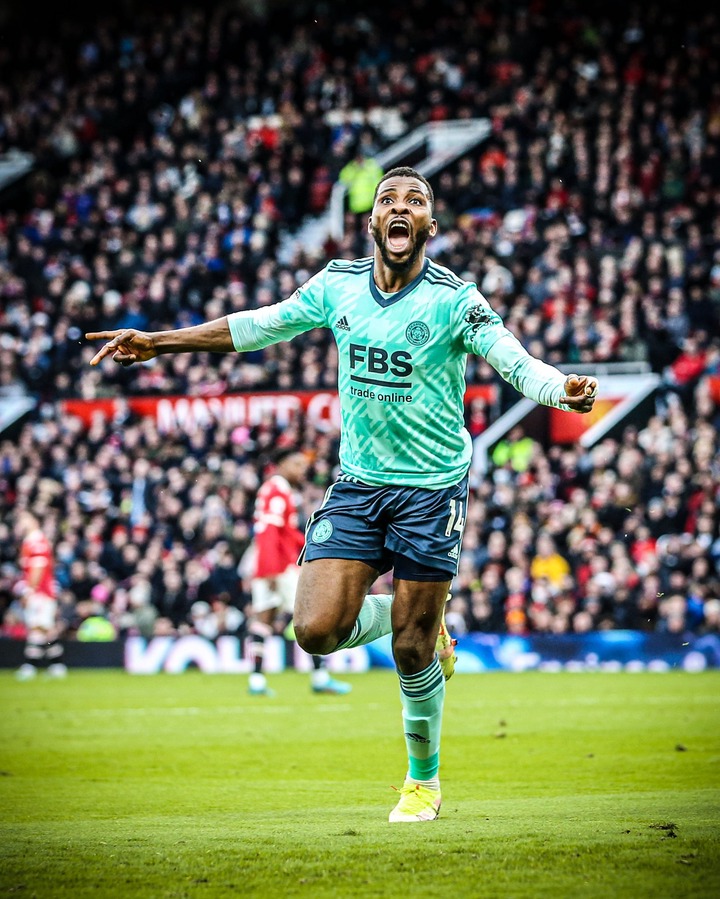 Iheanacho was part of Super Eagles team that failed to qualify for the 2022 FIFA World Cup in Qatar after losing the slot to rivals, Ghana in a two leg qualifiers.

The first leg of the clash in Kumasi ended goalless with the reverse encounter producing a 1-1 score line for Ghana to progress on the away goal rule.