Ghana youngster, Mathew Anim Cudjoe has promised to give his “sweat and blood” to ensure Dundee United succeed. 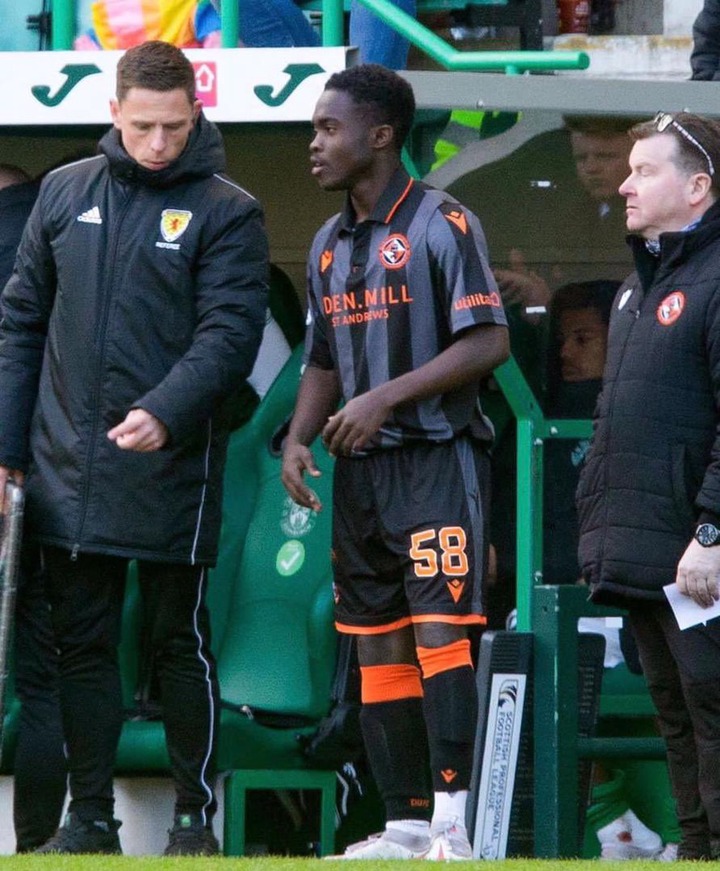 The 18-year-old midfielder made his debut for the Scottish side on Saturday after coming on in the 79th minute for injured Mark Mcnulty.

Known for his qualities in Ghana, his swift movement and touches of the ball caught Dundee United fans spellbound.

His debut was capped with United drawing 1-1 at Easter Road Stadium with Hibernian in the Scottish top flight. 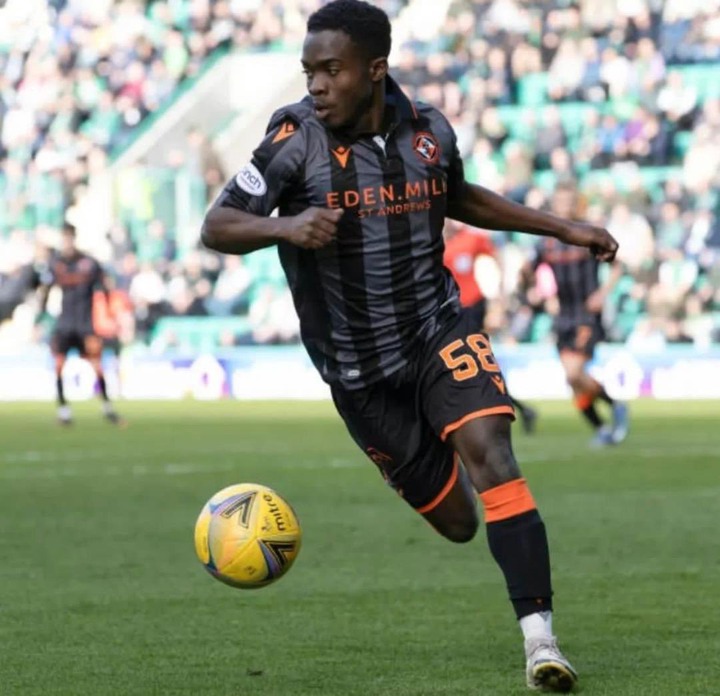 He tweeted “Dreams do come true and I will like to thank all who have made this possible especially my coach .To the fans of @dundeeunitedfc you have been super amazing and the feedback has been great. I promise my sweat and blood for this club #UnitedTogether 🇬🇭 🏴󠁧󠁢󠁳󠁣󠁴󠁿” 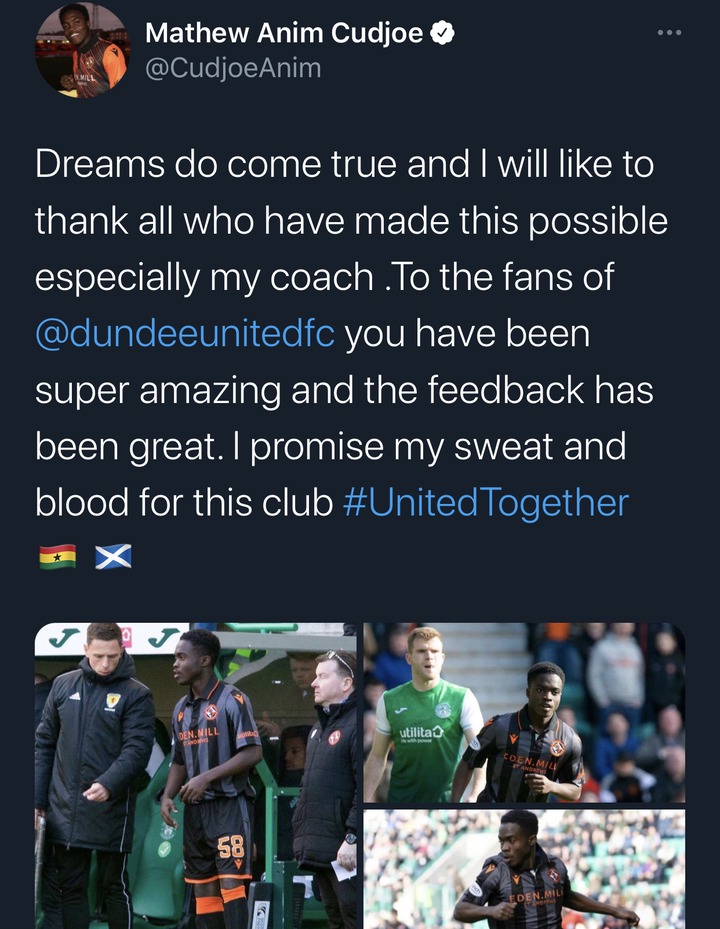 He is a product of lower tier club, Young Apostles and has also had trials at German Bundesliga giants, FC Bayern Munich. 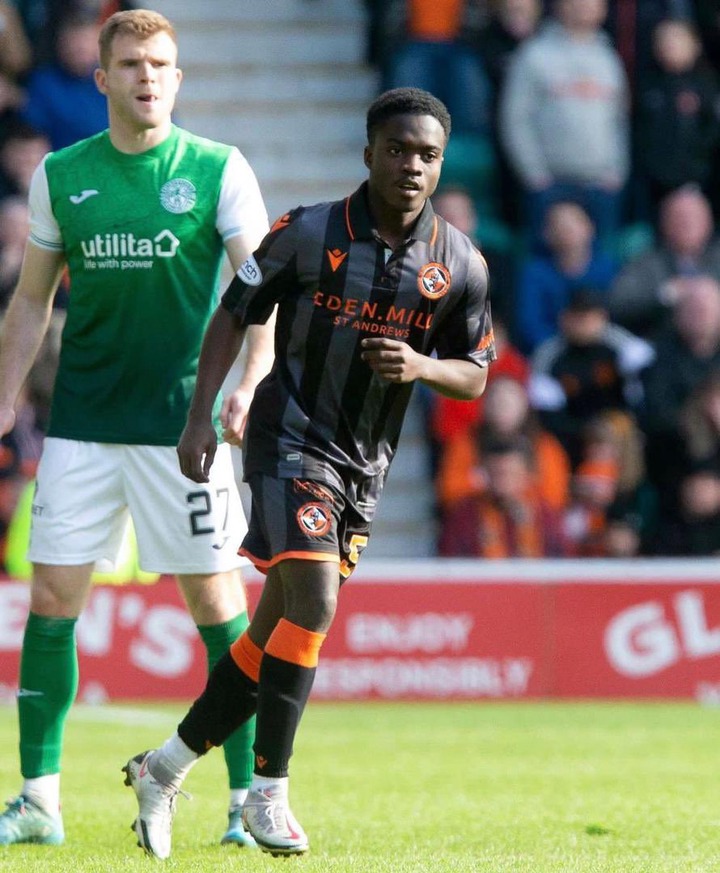 Dundee United announced the signing of Anim Cudjoe in December 2021.

He was a member of Ghana’s U-20 team that played at the 2019 Africa Games in Morocco and the triumphant WAFU Zone B AFCON winning squad in 2021.