2021 Africa Cup of Nations winner, Sadio Mané saved the best for the last to rescue an important point for Liverpool against Manchester City on Sunday. 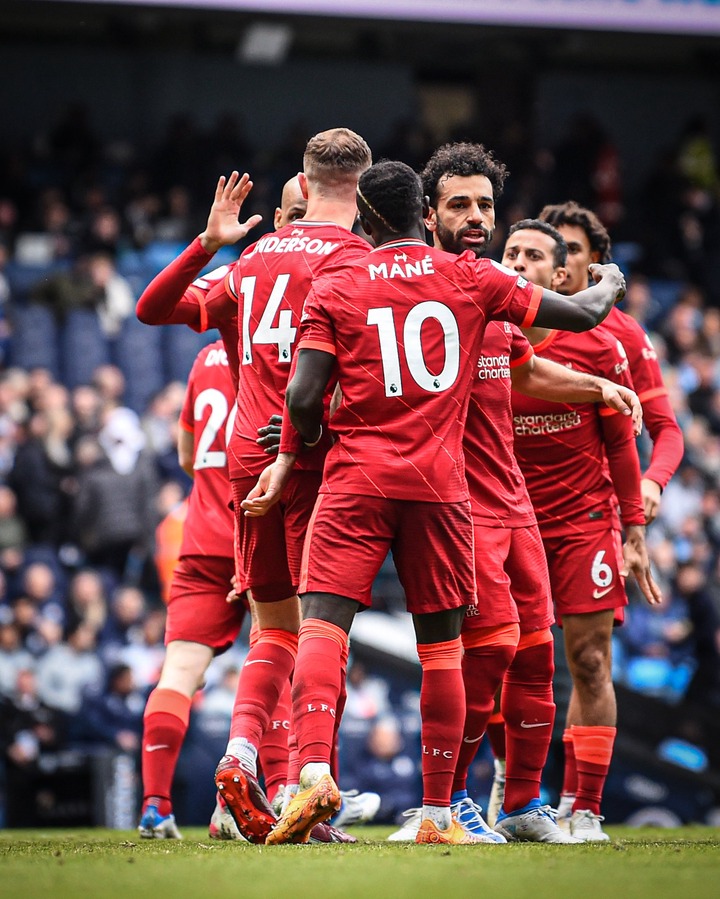 A week 31 clash that saw a high tempo start from both sides, had Kevin De Bruyne’s deflected strike hit the upright before going past Alisson Becker for City’s opener five minutes into the first half.

Seven minutes after Manchester City’s opening goal, Liverpool came firing from all cylinders which ended up with an equalizer.

Andy Robertson floated a poorly cleared ball to the far right which was tapped into Diego Jota’s path by Alexander Arnold for Liverpool’s equalizer.

With 36 minutes played, Liverpool defence failed to deal with Joao Cancelo’s long pass which Gabriel Jesus Jesus connected for City to go ahead once more. 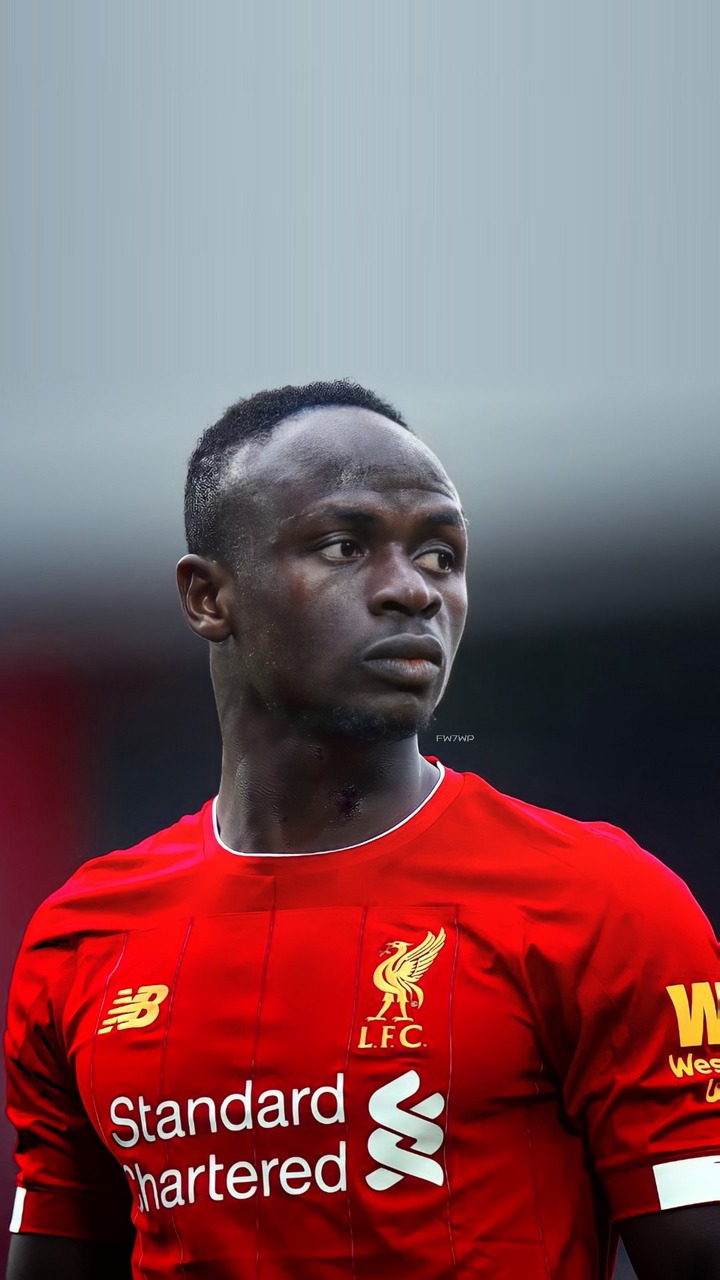 The Reds never rested on their oars, combining a beautiful play just a minute into the second half to pull level.

The draw leaves Manchester City just a point above Liverpool in the top two spots. 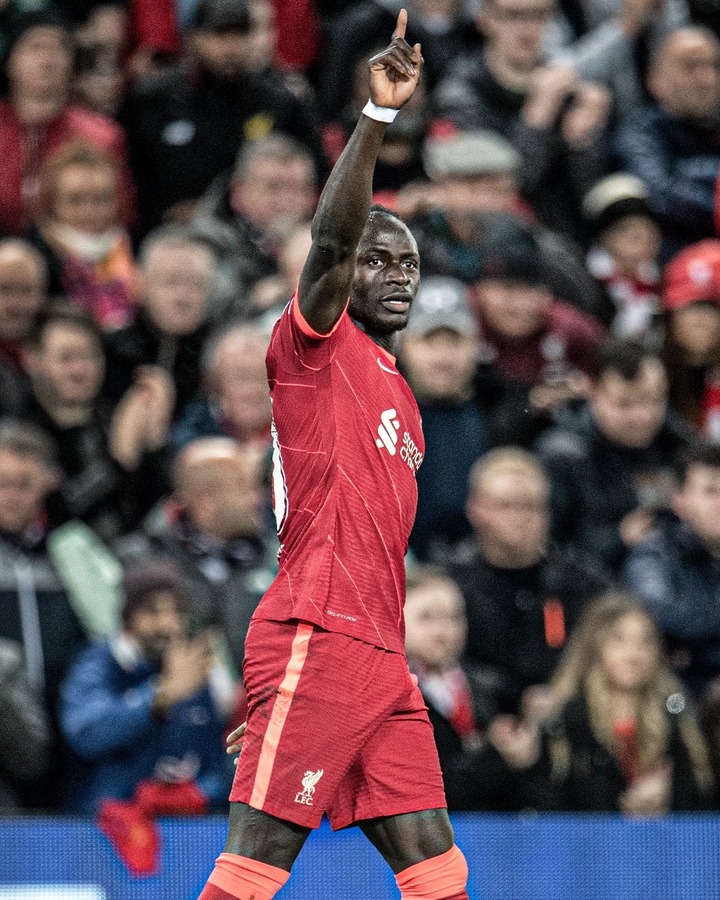 Mané, 30, has now scored 13 goals with an assist from 28 premier league games this season.

He has 3 goals in nine UEFA Champions League games with Liverpool heading into the second quarter final leg with a 3-1 advantage against Benfica.

Barring any injury, Mané will lead Senegal to the 2022 FIFA World Cup in Qatar after guiding them to beat Egypt in the qualifiers.